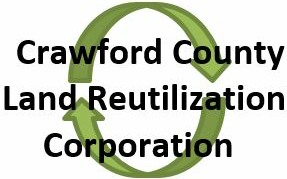 Chairwoman Cindy Edwards called the meeting to order at 3pm

The minutes of the August 3, 2022 meeting was distributed for review. Kevin Myers moved with a second by Tim Ley to approve the minutes, motion carried.

The bills to be paid were reviewed. Tim Ley moved with a second by Eric Baldinger to pay the bills, motion passed.

The Bank Reconciliation report was presented for board members signatures.

ODOD contracts for the brownfield projects need some updates that Barb McCullough is working on with Burgess & Niple. Russ Long is drawing up the contracts.

The owner of East School agreed to sign all documents for the donation of east school demolition.

The FEMA grant documents arrived for the demolition of Lane Street Bucyrus property. The Land Bank agreed to contribute up to $25,000 toward the Phoenix project.

One at 111 N Pearl St in Crestline had burned and the owner wants to donate it. Doug Weisenauer moved with a second by Kevin Myers to decline this property because of the asbestos contamination. Motion passed.

235 S Jefferson Galion, the members requested to wait until next year to consider this one.

Kevin Myers moved with a second by Eric Baldinger to adjourn, motion passed at 3:43pm.

Next meeting will be September 28th.